The History of Musical Instruments 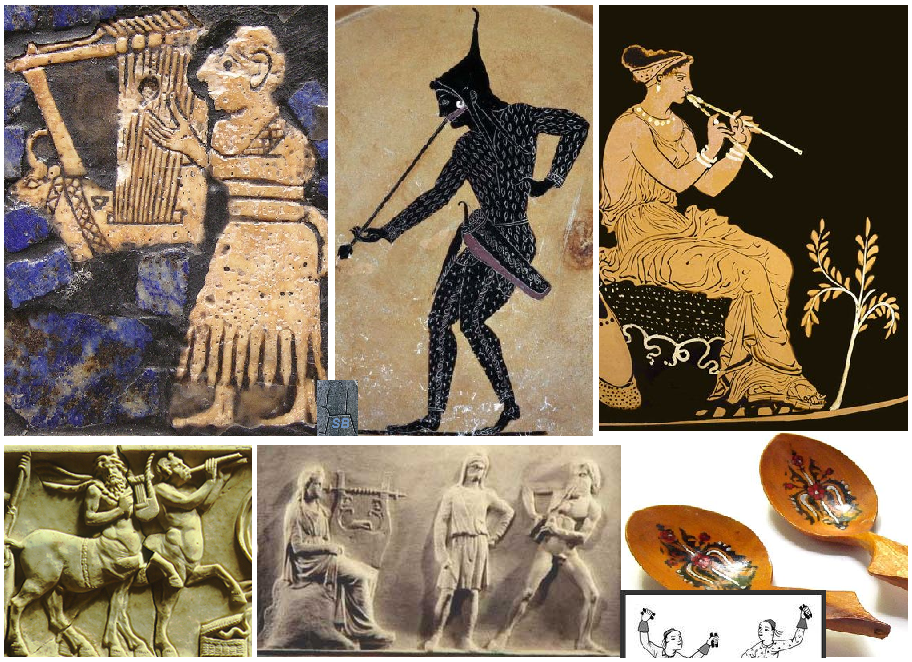 Music is a form of art, derived from the Greek word meaning “art of the Muses.” In ancient Greece, the Muses were the goddesses who inspired the arts, including music. It has been performed since the dawn of human time with instruments and vocal songs.

Although no one really knows how the first musical instrument came to place, some researchers believe that they came about randomly, depending on the available materials, and, in some cases, by the stimulus of the clamor of battle.

Instruments were simply made to create musical sounds. Any object that produces sound can be considered a musical instrument, most notably, if it was designed for that purpose. Over time, different cultures have developed the composition and performance of musical pieces for entertainment. Musical instruments have also evolved with the ever-changing applications. Let’s look at how things came to be!

No one knows exactly where the music came from, but Neville Fletcher, a retired scientist at the Australian National University in Canberra who has made a hobby of studying the physics of instruments, has a statement. He thinks that the key to the invention of instruments is the material available in each civilization.

There’s something we know though, flute-like instruments were found and dated back to approximately 67,00 years ago. Some people noticed that it made a sound if they blew into the tube due to the wind. And also, through this, some cultures realized that sounds could be made by hitting hollow logs with sticks.

Later on, people realized that they could produce different sounds by modifying the target object’s length, and this eventually led to the creation of instruments like the xylophone.

As civilization advanced to the Bronze Age, metals appeared. There were alloys for strength, pewter (tin and lead), brass (copper and zinc), and bronze (copper and tin). The available alloys were originally used in the war business for shields and weapons. However, it soon became apparent to people that different sounds could be made from hitting a bronze helmet with a sword. Also, they noticed how distinct pitches were when it was empty or when it was on someone’s head.

Church bells may have very well been created based on this idea. Other percussion instruments, such as cymbals and gongs, required bronze alloys because brass can bend, and typical bronze can break it when hit hard enough.

When it came to string instruments like violins, guitars, cellos, and guitars, wood was the key. This is said to have been derived from arrows and bows. Fletcher noted that the twang of the string, when plucked by the finger, had a definite pitch. Before, the strings were made of animal gut, but as time progressed, they were replaced by metals and polymers.

Did you know that merely bowing the strings of a violin creates minimal sound? Well, thanks to the development in wood and design – it was made possible that the sound we hear from the instruments such as violins and pianos is sustained and amplified. Wood is an excellent material because it is anisotropic, meaning that the vibrations are more powerful in one direction, along the grain, while the sound is directed through the structure.

As electricity appeared, different kinds of instruments were created to advance the world of musical instruments further. Though many of today’s instruments haven’t changed at all that much recently, modern technology has done a lot for contemporary musicians by providing a way for the actions of the player to be produced to repeat the performance time and time again.

One of the earliest examples of this technology was the player piano. This allowed people to experiment with keyboard strokes that were impossible for a single player, creating new music. Later, as electromagnetic technology improved, it was added in parallel with the mechanical keyboard. This lets the organist record his playing as a set of key and pedal motions.

Then, with the invention of modern synthesizers, musicians can do anything they want to do. These first piano-like instruments could produce a massive range of vocal sounds, which has expanded even further to include an entirely new set of “imagined” sounds that aren’t created by any other musical instrument there is today.

Musical instruments have gone through a lot to be where it is right now. Different cultures before have followed predictable sets of steps to arrive where they are today. Thanks to them and developers now who always made sure music and the ways it can be produced are being enhanced from time to time.